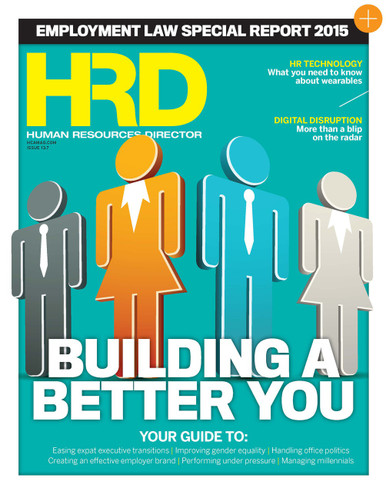 Cover story: The ultimate HR leader in 2015
HRD presents a series of features looking at ways in which you can do your job as HR director much more effectively in 2015. From bolstering gender equality to creating a stickier employment brand, we’ve got you covered.

Finger on the pulse: What you need to know about wearables
2015 has been branded the year of ‘the wearable’ but sceptics are doubtful. While wearables have taken off in the personal lives of consumers, their use in the workplace has remained harder to crack. Chloe Taylor reports

Poster child for HR best practice
Few industries have undergone as rapid change in as short amount of time as media. HRD chats to one market leader about HR’s role in riding the crest of change and fostering a culture of innovation

Legal Special Report
From restraints of trade through to managing ill and injured workers and an update on bullying, HRD presents its 2015 legal special report, written by Australia’s leading law firms

Half-way round the world (and turn left)
While thousands of executives from overseas arrive in Australia every year to take up positions running Australian companies, the failure rates remain high. Between 25-50% of all contracts are terminated and almost 50% of expatriate marriages end in divorce. How can employers smooth the way?

Digital disruption: More than a blip on the radar
Digital disruption is forcing HR directors and business leaders to change the way they engage their employees – and none more so than in the L&D space

This product hasn't received any reviews yet. Be the first to review this product!

Write your own product review

All prices are in AUD.